YOU KNOW WHAT…? The Aristocrats just toured North America last Summer and are currently touring Europe until March 2020. Although the trio will be touring Asia in June-July 2020. The booking of the tour is ongoing, announcements of the dates expected around New Year.
Watch out Japan, Hong Kong, India, Thailand, Korea and more!!

Ron “Bumblefoot” Thal (Sons of Apollo, ASIA, ex-G’NR) will be touring across Asia (and beyond) in November and December 2019.

Throughout November he will be holding guitar clinics + one-man-shows and in December he will tour with a full band with special guests. Bookings are ongoing and some slots are still available. Interested parties can always contact booking<at>jellybeard.com if they are interested to make a reservation.

The tour dates will be announced the coming month. 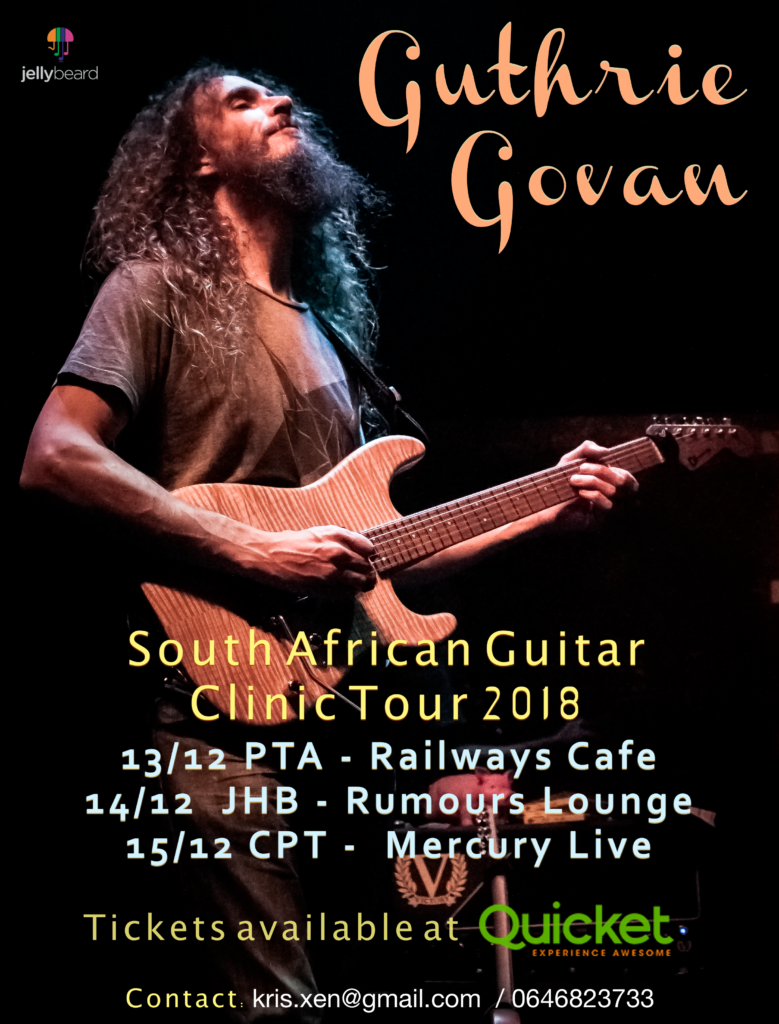 Guthrie Govan is touring Asia holding clinics and doing live shows with several line-ups. All details on this poster below. 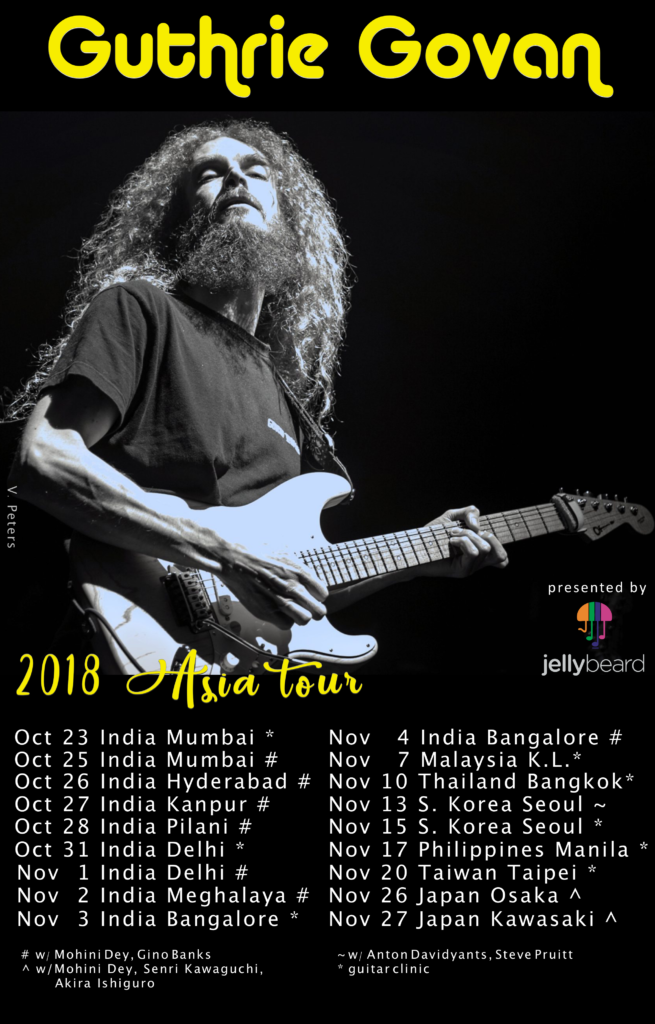 Mateus Asato will tour Asia for some selected clinic / workshops / live shows. It will be his first appearance in japan. Mateus is currently Tori Kelly’s guitar player and is wrapping up his first solo album to be released in 2018. Among the guests appearing on his debut are artists like John Mayer, Tori Kelly, Richie Kotzen, etc.

jellybeard is happy to announce tour dates for Andy Timmons Band in Asia.

One of the most impressive and sought after bands in the Instrumental rock/fusion scene today, The Aristocrats, will be heading to Australia this October for a national tour!

Unique textures and lush layers combine with the bands near telepathic ability to improvise individually and collectively while maintaining the highest levels of musicianship possible. It’s not all time signatures and syncopation though, the guys definitely do not take themselves too seriously and have more fun than a fusion band has any right to have!