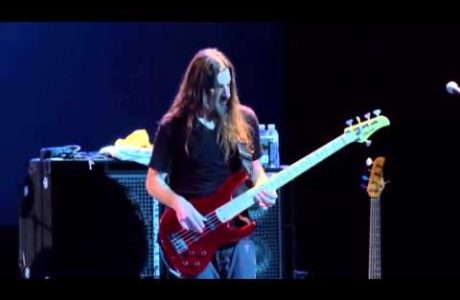 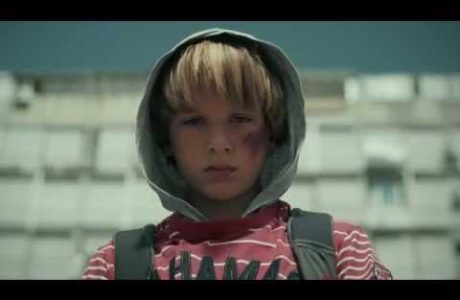 Bumblefoot – Don’t Know Who To Pray To Anymore 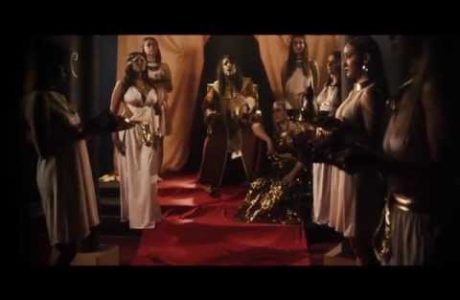 The Aristocrats will be back touring Japan, more specific for shows in Osaka and Kawasaki.

A Q&A with Bumblefoot

Bumblefoot does not need any introduction having been and being part of Guns N’ Roses, Asia, Sons Of Apollo, Art of Anarchy to name a few and of course as quite a unique solo artist with 10 albums out, TV theme songs and more. If you would describe Ron Thal as an artist, how would you describe his work, style, approach, and talent?

A singer, songwriter, guitarist, producer, and performer that gives all of himself in what he does.  His musical foundation is hard rock, but ventures into progressive and experimental, it takes more than one song to see all sides to him.  Innovative on guitar, introducing new techniques such as his ‘thimble technique’ (youtu.be/AAnG7WD5sBk) and unique fretless guitar work.  Musically diverse, he’s done everything from opera to hip-hop, classical, jazz, and worked with some of the biggest names in rock.  Not someone who stays in a comfort zone, he’s a chance-taker, a giver, a supporter of aspiring artists, with a passion for teaching and learning (he’s an adjunct professor at a University in New York as well).  Very down-to-Earth, enjoys good times and making people laugh.

Sons Of Apollo seems to head out again in 2020 for some touring. What else is in your calendar for 2020 and eventually 2021 already?

The plan is to continue releasing Bumblefoot music and continue playing live around the world in all the different types of performances I do – clinics, music camps, acoustic shows, full band shows, storyteller shows, band jams…  and to continue collaborating in the studio and on stage with the many wonderful musicians I have the pleasure to make music with.  I hope to continue producing bands, and teaching, inspiring and helping other artists reach their goals.  And will keep supporting the Bumblefoot Hot Sauces!! 😀

I can thank jellybeard for opening many doors throughout Asia.  I love the food, the culture, the beautiful weather and landscape of Southeast Asia, and of course the people.  People make all the memories special.  We’ve gone to so many countries, stretching all the way to South Africa, but there a few countries I haven’t been to, or haven’t been to in a long time.  I’d love to get back to Australia and New Zealand, Taiwan…  would love to play first shows in Afghanistan, Kazakhstan, Sri Lanka, Cambodia, anywhere that will have me.

If Bumblefoot would have the liberty to put his own superstar band together, what music would it be and who would you’d like to have in the band?

The first people that come to mind are Kyle Hughes on drums (I believe he’s an up-and-coming superstar drummer), David Pastorius on bass, not sure who else, hmmm…..  musically I’d shoot for big heights melodically and emotionally, in virtuosity and musical arrangements, and it’d probably sound something like Thank You Scientist meets Led Zeppelin meets Queen meets Meshuggah.

A choice; the next 10 years Bumblefoot will be mostly a songwriter, a producer, a touring musician or a businessman?

All of the above.  But if that’s the only list to choose from, I’ll add a little adjustment and say 1) teacher, 2) producer, 3) songwriter, 4) touring musician, 5) I don’t worry about business itself.  I see it where I should give the world the absolute best in whatever I do, and the world will decide its value, it’s not up to me.  The only thing in my power is to give my best, to be genuine and authentic in what I do, and the world decides from there.

The music distribution scene has changed a lot the last decade, if you could implement some solutions globally to assure creative people get paid for their work and connect better with their audience, what would you implement or what would you like to change?

I would love to see artists and songwriters getting a bigger piece of sales from streaming.  If I had the answers on how to do it better, I’d start my own streaming business.  From a simplified overview, I’d use blockchain technology for tracking song plays and would experiment with purchasing individual artists’ catalog with exclusives controlled by the artist, where instead of having all music under one giant umbrella subscription, you choose the artists you subscribe to.

In the last decades, we lost quite some icons in the music business. Are there any performers you never saw live and you regret not seeing or are there any of those idols you would have loved to share the stage with?

I didn’t go to a lot of concerts growing up and missed many of my favorite bands and artists.  Would have loved to be in the presence of Bowie, Queen, Soundgarden, Rush, to name just a few…  would have been happy enough to just see them do what they do.

What advice can you give young aspiring guitar players to develop their skills, find their sound and tone and how they can connect to their audience?

Focus on the internal.  All music and expression happen internally and leaves you through your hands.  Your hands don’t make the music, they do what your spirit tells them to.

Some personal picks and why:

– Randy Rhoads or Jimi Hendrix: I

love both, and both were major influences for me.  But may have to go with Hendrix.  I love how Randy brought classical guitar music into metal, but Hendrix was pioneering and experimenting with technology and effects for the guitar, combined with this his vocals and songwriting, his artistic persona…  Randy and Jimi both had so much identity in their playing, and both left us too soon.

KISS is the reason I started making music, inspired as a 5-year-old to devote my life to music, KISS and the Beatles. But if I imagine living without KISS or Led Zeppelin, it would hurt more to be without Led Zeppelin.  Choosing Led Zeppelin.

These choices are getting painful!  Freddie was the greatest of the greats, but Robert Plant’s ability to sing emotional sounds without needing words – to me this is something not enough singers do…  not just singing words to melodies in one way, he communicated deep human emotional sounds, when working with singers as a producer I’ve often used old Led Zeppelin as an example of putting emotion before all else.

Guthrie Govan AND Bumblefoot.  Why choose?

You have been working for some years with jellybeard, is there anything you’d like to say (can be negative or positive) about their services?

Kris at jellybeard immerses himself fully in the work he does for his artists.  He gets in the trenches with the artist, defends and honors what is agreed to, gives them a trusted friend that manages business and also makes it an enjoyable experience.  We’ve done clinic tours, acoustic shows, full band shows, festivals, band jam shows, visited children at orphanages and played for them, surprise guest with other bands, studio work – jellybeard understands each artist and designs the right situation for them to be all they are.

YOU KNOW WHAT…? The Aristocrats just toured North America last Summer and are currently touring Europe until March 2020. Although the trio will be touring Asia in June-July 2020. The booking of the tour is ongoing, announcements of the dates expected around New Year.
Watch out Japan, Hong Kong, India, Thailand, Korea and more!!